Tens of thousands protest in Milan against racism and discrimination 10 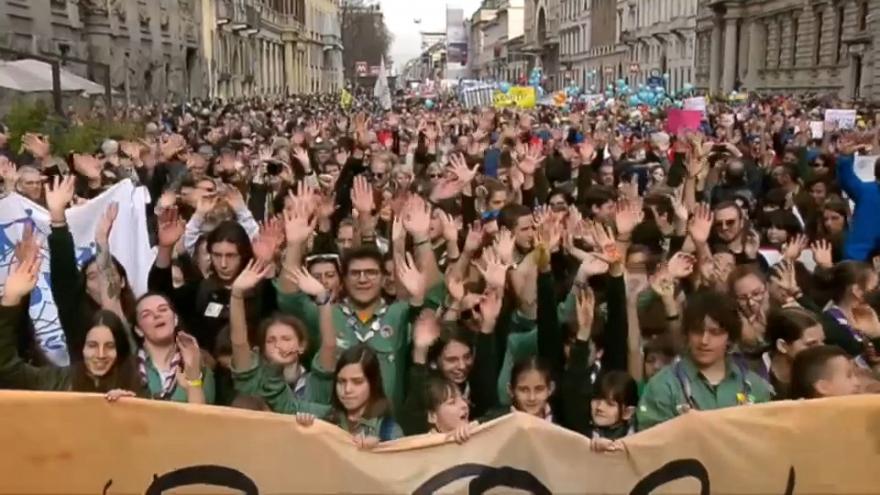 Tens of thousands of people demonstrated in Milan against all forms of racism and discrimination, in particular, against the populist government policies which the activists say, promote racism.

The rally, called “People First”, packed the streets and was a colourful parade with a party atmosphere.

“We are here to show that acceptance is a very beautiful thing and that diversity is an enrichment,” said one woman.

Another protestor said, “People before profit, before differences, before identities and always respect their rights.”

One woman was asked why she joined the rally. She said, “We are against this atmosphere of racism and because our families chose to be of many colours and differences.”

An official said around 200,000 were at the march with banners, flags, and drums together with more than a thousand associations.

The procession continued through the city and ended at the Duomo cathedral.