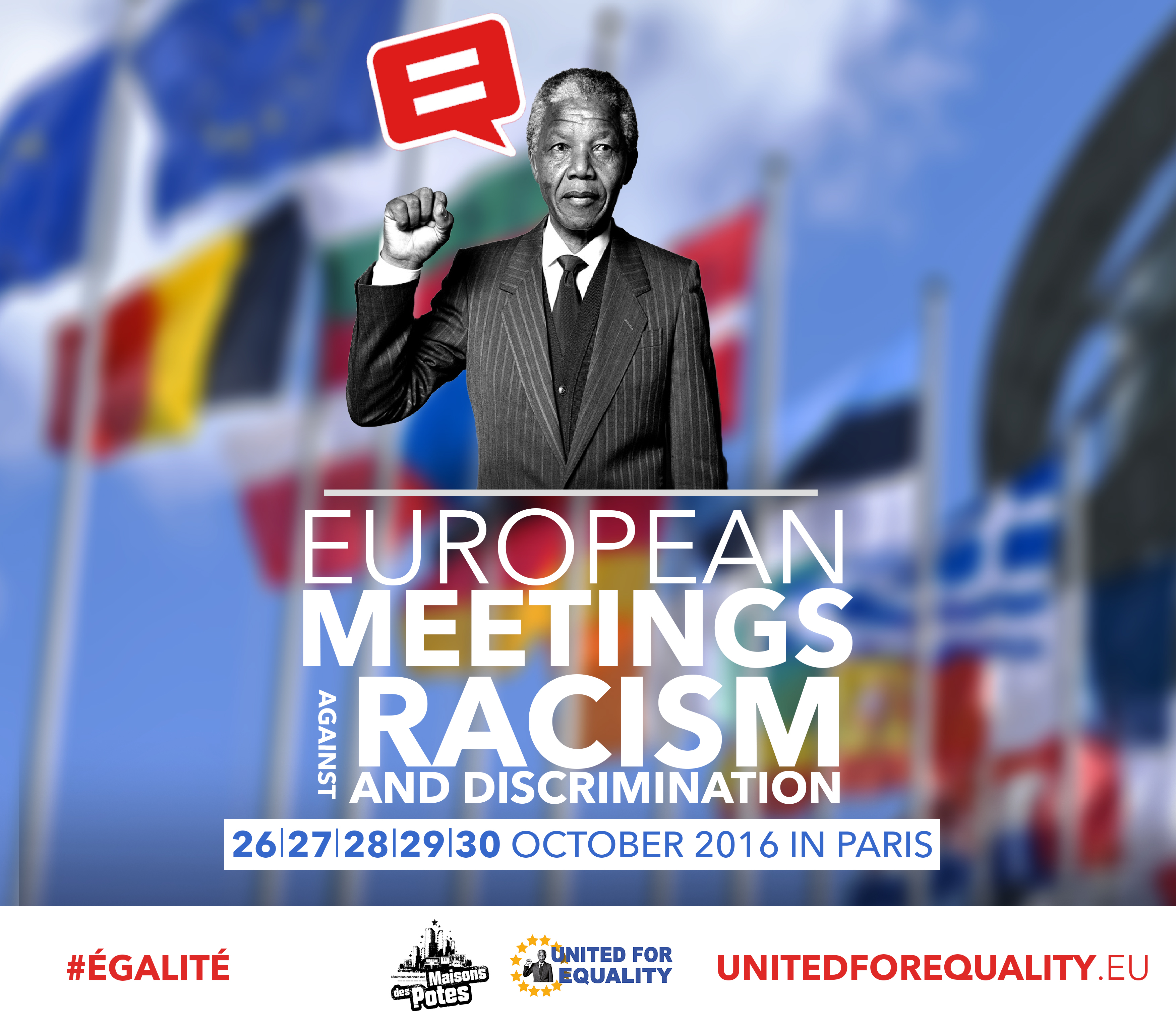 Last week, British have opted for Leaving European union. Brexit have made a xenophobic campaign.
In several European countries, a much conservative parties (as the conservative party of David Cameron) take over the right wing politics holding some forms of social stratification or social inequality are inevitable, social housing, unemployment benefits, medical treatment, retirement, etc.
We have now entered the era of “every man for himself”, translating into a national withdrawal behavior that negates the political meaning of all European projects. So, for that we should be united to stand up equality in every European country.
“La Maison des potes” with anti-racist NGO’s of 16 European countries “United for equality” organize in Paris, from 26 to 30 October 2016, the European meetings against racism and discrimination.
I invite you to subscribe in these meetings to hold anti-racism, and debate actions to be conducted all over Europe!